One of Hawaii's most respected and loved female vocalists, songwriter and performer, Hanaiali‘i’s vocal power derives from her disciplined classical training, fused with her Hawaiian heritage and rooted ancestral responsibility. Her success is reflected in a multitude of awards and acknowledgments including 6 Grammy nominations for Best Hawaiian Music Album and Best Regional Roots Album. 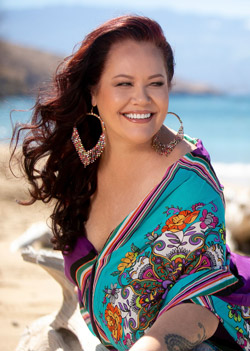 EagleMania has been dazzling audiences for over a decade by spectacularly reproducing the music of The Eagles. EagleMania thrills internationally sold-out audiences with their stunning five part harmony, virtuoso guitar work and uncanny ability to emulate the distinct sound of The Eagles. The EagleMania show consists of the Eagles’ greatest hits, as well as select Don Henley, Glenn Frey, and Joe Walsh solo efforts.

If you like The Eagles you simply must experience the world’s greatest Eagles Tribute, EagleMania!

ONE NIGHT IN MEMPHIS

“One Night in Memphis” features over 90 minutes of pure rockabilly, country, gospel and rock and roll in a very authentic and energetic presentation featuring nationally known talent. The show recreates that magical night of December 4th, 1956 when Elvis Presley, Carl Perkins, Jerry Lee Lewis and Johnny Cash found themselves jamming at Sam Phillip’s Sun Studios in Memphis, TN. Little did they know that their jam session was being recorded and preserved for all time, representing all the performers in their prime and the very best music of that time.

THE DRIFTERS… one of Rock & Roll’s founding vocal groups is once again touring the U.S. under the auspices of their original management team.

From their inception in the early 1950's and up until recently THE DRIFTERS has a symbiotic relationship with Rock & Roll legend George Treadwell, who's discovered and managed such famous artists as Dinah Washington, Sarah Vaughn and Nina Simone. The Treadwell Family was there when the original DRIFTERS formed and was responsible for guiding their career through 20 years of uninterrupted hits that has made them the second most successful recording artist of all time, according to Billboard Magazine.

Through an historical journey, which included no less than 5 legendary lead singers, including Rock & Roll Hall of Famers Clyde McPhatter and Ben E. King the group's ongoing story has covered the entire spectrum of Rock & Roll. They were the first musical group to include string instruments into Rhythm & Blues music with their hauntingly beautiful song, "There Goes My Baby". They were the first musical group to sell 2 million records with their pop classic, "Up On The Roof". They were the first African American vocal group to be inducted into the Rock & Roll Hall of Fame. Along with fellow inductees the Rolling Stones, the Beatles, Bob Dylan and the Supremes, the Drifters were in the first class of Rock & Roll legends to be initiated into the Hall of Fame. Their classic tune "Under The Boardwalk" is the most played R & B record of all time. 20 other million sellers followed.

Their songs have been penned by such historic songwriters as Jerry Leiber & Mike Stoller, Carol King, Jerry Goffen and Phil Spector. They have played at the White House on 3 different occasions, give a benefit concert in Berlin the day the wall fell, performed for the Pope, the Queen of England, Nelson Mandella and toured the world for the USO in 3 different war zones from Korea to Iraq. And behind it all was George Treadwell and his family, guiding the career of this historic group. 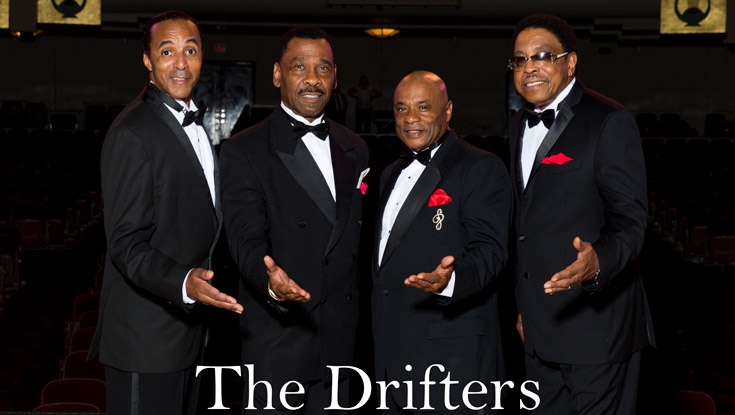 The New York Tenors' concert will spotlight the singing voices of famed Irish tenor, Andy Cooney, the gifted Christopher Macchio, and the legendary singing policeman, Daniel Rodriguez. The New York Tenors are made up three brilliant individuals, who alone are skilled and creative, but when combined, form a formidable force that should not be missed.

Each concert has elements of Broadway, Classical and Modern music. 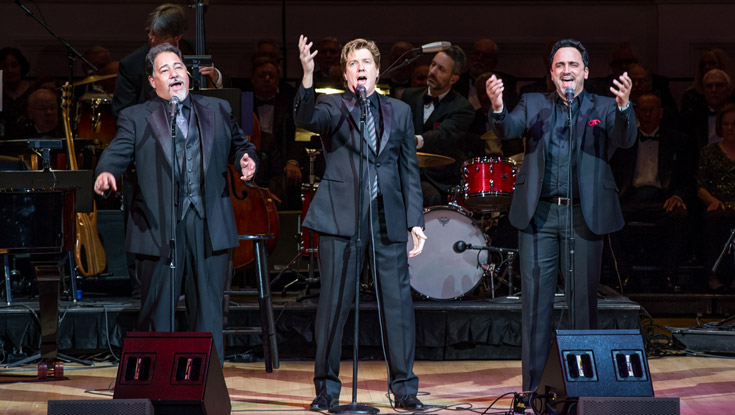