Shen Yun Performing Arts is the world's premier classical Chinese dance and music company. It performs classical Chinese dance, ethnic and folk dance, and story-based dance, with orchestral accompaniment and solo performers. For 5,000 years, divine culture flourished in the land of China. Through breathtaking music and dance, Shen Yun is reviving this glorious culture. Shen Yun, or 神韻, can be translated as: “The beauty of divine beings dancing.”

China was once known as “The Land of the Divine.” This reflected a belief that its glorious culture was brought down from above. People sought harmony among Heaven, Earth, and humankind, and followed the course of nature. But in 1949 the Chinese Communist Party came to power. It saw this spiritual heritage as an ideological threat and for decades tried to destroy these traditions. It nearly succeeded. Then, in 2006, a group of Chinese artists came together in New York united by a mission: to revive authentic Chinese culture. They formed Shen Yun. Nonprofit and independent of any government, Shen Yun has brought this culture back from the brink of extinction.

Every year Shen Yun premieres a brand-new performance, complete with new works of choreography and orchestral music, as well as new costumes, digital backdrops, and storylines. It’s an enormous artistic undertaking—in 14 years, Shen Yun has produced 14 different performances, and toured with each around the world. It’s a phenomenon you won’t want to miss! 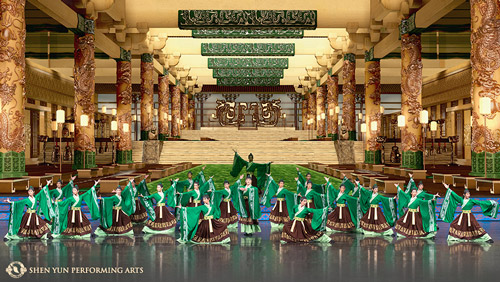